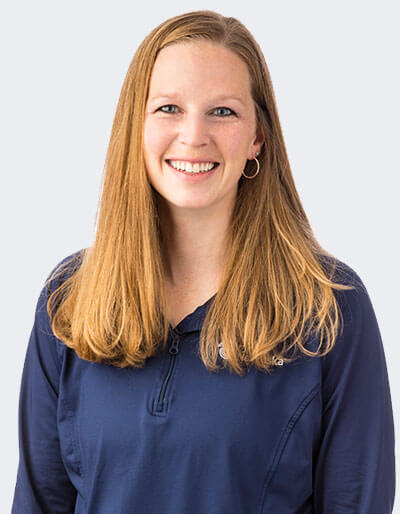 As a physical therapist, I teach patients every day how to manage crutches in preparation for surgery, educate them on how to be safe with daily tasks, and ensure they have a good understanding of the recovery that lies ahead of them.  These things all took on a new meaning when my husband became the patient a few months ago.

It was a normal Sunday evening, and my husband went to play a little game of “old man basketball”.  Normal, I guess, until he called me about 45 minutes into the game.  He was driving to the hoop when his ankle gave way and he felt a “pop”.  Fast forward 24 hours and he was scheduled to have an Achilles tendon repair with my colleague Michael C. Thompson a few days later.

The Achilles tendon is a strong fibrous cord that connects your calf muscle to your heel bone. The risk factors for rupturing this tendon include age, sex, and recreational sports.  According to the Mayo Clinic, men are five times more likely to rupture with a peak age between 30-40 years old. Injuries occur most often during sports that involve running, jumping, and sudden starts and stops.  Most often, patients opt for surgery following an Achilles tendon rupture as the recovery without surgery is difficult with mobility limitations for a long time.  All of this was true for my husband.

Surgery went well as expected.  Thankfully, after a little education on the proper use of crutches, he was able to manage them prior to surgery which made walking after surgery a little easier.  My husband used both crutches and a knee crutch for the first two weeks while he was in the splint without weight bearing.  The shower chair that we borrowed from my grandparents was a huge help to allow him to sit and shower rather than attempting to stand on one leg.  He preferred taking a shower over sponge baths.  He will tell you the most important thing during the first two weeks was to elevate and rest.  This kept the pain down and the swelling minimal.

At two weeks, he was able to transition to a walking boot with heel lifts to allow for weight bearing as tolerable in the boot.  He started therapy after the sixth week. The idea of mixing my job of being a physical therapist with my title of wife didn’t feel quite right, so I am having him see one of our expert ankle outpatient therapists, Paul Murray, here at OrthoNebraska. He is now into the middle stages of his recovery and getting better with each day thanks to the exercises he has been doing.  The goal is a full recovery by June! I like to think I know what lies ahead for our patients when I see them for just one day when they are having surgery, but living it has given me a fresh perspective.

Think you may have an Achilles injury? Get diagnosed by a Foot and Ankle Orthopedic Surgeon.