The Heart of a Veteran 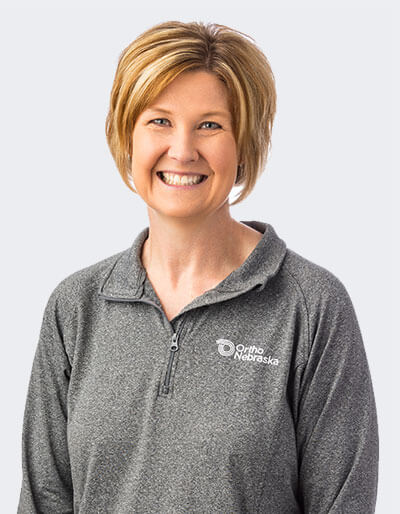 Making the decision to undergo a total joint replacement can be a difficult one. Making this decision when you already have an above the knee amputation on the opposite side brings with it many more concerns and challenges.

Early in 2018, Lawayne Feit was faced with making such a decision as he continued to experience a decline in his overall function and an increase in pain in his right knee. According to Lawayne, “it’s the fear of the unknown that makes you hesitate in making that decision”. Lawayne was also in a unique situation compared to the typical individual who undergoes a total joint replacement. In 1969, Lawayne served as an American soldier in Vietnam “where I lost my left leg and nearly lost my right”. Through extensive rehabilitation, Lawayne eventually recovered and began a new life utilizing a prosthesis on his left lower extremity. After years of depending on his right leg to do most of the work, however, his right knee had worn out and needed to be replaced.

Throughout his hospital stay, Lawayne participated in both physical and occupational therapy sessions with me, as well as  Jennifer Hofer, OTR. Physical therapy included strengthening, range of motion exercises, and gait training while occupational therapy worked on independence and safety with bathing, dressing, and getting in and out of a car. With Lawayne’s unique situation, several modifications and extensive problem solving were needed in order to get him back home safely.

“I was so surprised when the PT walked into my room on the day of surgery and asked me if I was ready to get up and walk,” Lawayne said. “I had my doubts, but I did it.”

After three nights, Lawayne left for home and continued with home health therapy for two weeks. They focused on mobility and independence throughout his home while further progressing the strength and range of motion of his right knee. Initially he required a wheelchair for much of his mobility but — with ongoing work — advanced to safe and independent transfers and walking using a walker.

Lawayne progressed very rapidly and returned to OrthoNebraska for outpatient PT where he worked with Elisa Bowcott, PT, DPT. Together, they continued to focus on strengthening his right knee and lower extremity while also progressing from his walker to a cane for mobility. With his right knee replaced, special considerations were taken into account as his left prosthesis would eventually need to be modified to allow for a smoother walking stride.

On Nov. 29, Lawayne graduated from physical therapy. He continues to work on his own to further strengthen his right knee to allow for those modifications to his prosthesis in the future.

When asked about his goals, Lawayne said, “I want to keep getting stronger, get my prosthesis adjusted, and walk better. I want to have more confidence in my leg and walk faster. For now, though, I want to continue to enjoy a life without my knee hurting.” Additionally, his advice to those considering undergoing this procedure: “Just jump in and get it done. It’s only going to get worse – and the pain you are having before surgery will be gone.”

All of us at OrthoNebraska would like to thank Lawayne for his optimistic attitude, determination, and hard work. Most importantly, we thank him for his sacrifice and service to our country.

If you would like to learn more about rehabilitation for knee replacement, please call (402) 609-1750.

Which Ankle Injuries Usually Require Surgery?
Questions to Ask Your Back Doctor Before Surgery
Journey On. Schedule an Appointment Today